Most well-known for its smaller, piston-powered aircraft, Cessna Aircraft Company now goes by the name of Textron Aviation. The general aviation manufacturer also builds business jets, and has been around for over 100 years. Within that 100 years, things have not always been easy, but the company has constantly pulled through. The manufacturer has faced controversy over its choices, but has still managed to stay on top. 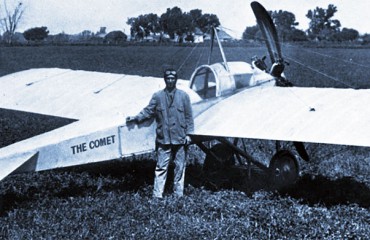 In June 1911, Clyde Cessna flew an aircraft that he built himself. He was just a Rago, Kansas farmer, but became the first person to fly between the Rocky Mountains and the Mississippi River. While he tried building more and more aircrafts, he eventually ran out of money. He had one choice: to get a loan. However, the lenders in Enid, Oklahoma, where he was living at the time would not let him borrow anything, so he moved to the founding city of Cressna Aircraft Company, Wichita, Kansas.

It would be 16 years before the company was officially formed. Cessna partnered with Victor Roos, and the company was a double barrel of both their surnames. However, Roos decided a month within to the partnership to sell his half to Cessna. It could have been the end, but Cessna made it work and changed the name of his aircraft company to just his own.

His first steps were not successful. On the day of the 1929 stock market crash, the Cessna DC-6 gained its certification. It should have been a good day, but it was the start of the Great Depression. Within just three years, the company closed down. It seemed to be the end of the company, and would have been had it not been for Dwane Wallace. Dwane and his brother Dwight took over Cessna and reopened it. The company had remained in the family, as the brothers were nephews of Cessna, and Dwane had a degree in aeronautical engineering.

The Move to the Global Success

It was in 1934 that the aircraft company finally took off. It helped that when Cessna had closed its door, the CR-3 won the Chicago American Air Race in 1933. Shortly after that, it set a new world record for engine speed for its 500 cubic inches size, averaging 237mph. The plane made a name for itself, and it put the company name into the limelight.

However, various modifications were needed and more money was needed to place into the business. The Wallace brothers were able to do that. Various models were created to answer problems that America was facing. Soon, the US Army took on some of the best Cessna planes, and even placed the largest order the company had ever seen in 1940.

The Development of the Planes 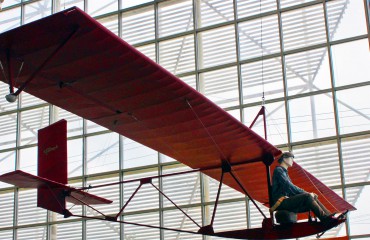 The Cessna Comet was the first plane to be created by Clyde Cessna in 1917. It was a simple wire-braced monoplane, but would be the starting block for the company. It had cabin space for one pilot and up to three passengers, and was the design adapted for the next model.

While Cessna owned his own business, he started the A series. This series was highly popular during the 1920s, and the Model A was the first built in numbers. As well as being the first ordered aircraft for the company, it became the first to have different engines. In the end, five Model As were created and a Model BW that used the A design.

In the 1930s, the glider style was needed, and the Model CG-2 was created. The glider was an attempt at keeping the company in business during the Great Depression, and was produced in small numbers even after the crash.

A range of C models followed, including the CR-3. It was after this that some versions were designed with the US military in mind. The Model C-165 was the first purposely built for the US military, and revitalised the development of aircrafts around the world. The military crafts were developed into the C-34 by Dwane, which was then upgraded and further developed into the C-165 as it became.

After the United States military started ordering more, so did the Canadian Royal Air Force. It proved that the business was on a role.

The Development of the Helicopters 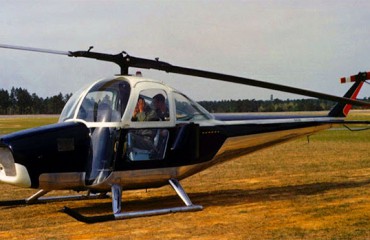 Aircrafts were not the only focus for the American family business. Helicopters became a focus for them after the acquisition of Wichita’s Seibel Helicopter Company n 1952. Development of the first helicopter for the company started based on the designs from Seibel, and it became the CH-1. By 1955, the first helicopter had gained the type certification and development could go further.

There were some problems for the design to start with. Stability issues led to additional engineering solutions being required. The free-floating horizontal stabiliser was created, which meant that a second row of seating in the helicopter was possible. The two-seater plane became a four-seater plane, and was certified less than a year after the initial one.

The Most Produced Aircraft Throughout History

The Boeing 737 is known for reaching production heights, but it is not the most-produced plane throughout history. In 1956, the Cessna 172 was developed and is known as the Skyhawk. It was originally for the US military, but has since been bought by businesses and individuals around the world. The Boeing 737’s 8,000 aircrafts sound impressive until you hear about the 60,000 aircrafts when recorded in 2012.

The aircraft has also gone on to break records. Two years after it was created, it set the flight endurance’s world record. That still have not been broken today. In 1958, John Cook and Robert Timm set off from Las Vegas’ McCarran Airfield and flew for almost 65 days. The record setting was all part of a fund-raising event for Damon Runyon Cancer Fund.

It took seven years from creation to create the 50,000th 172. It helped that four years after the creation the company affiliated with French company, Reims Aviation. Now the company could move onto other adventures, and that included the first business jet for the company.

The Creation of the First Business Jet 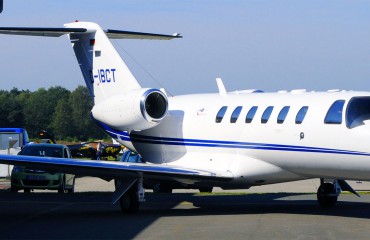 1969 saw the first man on the moon. It also saw the first Cessna business jet, the Citation I. It was just a small-sized jet powered by a turbofan, and became the start of the jet line. The company set big goals when it announced the development in 1968.

The jet would hold eight people, and would be great for those taking off from the shorter airfields. It was something never developed before, and instantly made many anticipate it in the light-to-medium market. Cessna did this tactically, wanting to compete in the twin turboprop light-to-medium market, instead of taking on the whole of the business jet market.

By 1969, the craft was off the ground. Further developments would be made to make it suitable for all. There have now been 14 Citation jets developed, and some of those have been modified further.

With the help of all the variations made over the years, Cessna saw its 100,000th single-engine aircraft being produced. It is an accomplishment that many companies have been unable to reach, and was not an accolade the company was planning on stopping at.

Plans did go a little awry for the company. In 1985, General Dynamic Corporation acquired the company, making it a subsidiary. It did mean one thing for the business: it could start working on ground-based machinery. The caravan was the first thing to come out of this merger.

Unfortunately, the changes would not stop there. In 1992, General Dynamics decided to cut Cessna loose. Textron Inc. Took over the business, but it was still able to keep its name. In fact, it even made its own business purchases. On November 27, 2007, Columbia Aircraft had been saved through a purchase by Cessna. The aircraft company was bankrupt but bought for $26.4 million. The purchase meant that the Columbia 350 and 400 could continue. However, both of these planes would be renamed to the Cessna 350 and 400. The developed continued as the Columbia factory in Oregon.

It will be clear from the mergers that the business has not always made favourable decisions. At the same time as acquiring Columbia, Cessna announced that Shenyang Aircraft Corporation would make the Cessna 162. This was a Chinese company, and government owed making it a dangerous decision. The reason was simple: to save money. The company was able to save $71,000 thorugh this decision.

The biggest problem was the production. Numerous complaints came through due to production issues, human rights problems and job exporting. 162 customers or potential customers were not happy with the decision,and it could have been dangerous for sales. To try and ease the customers, Cessna took part in a campaign to explain the decision and promise that quality would still be a number one priority. People were still not happy. That was made even worse when USA workers were laid off due to the Chinese production.

Cessna dealt with the issue, and then the later economic crises as best as it could. However, there have been people laid off and the company has faced fines for production issues. Cessna has since become known as Textron Inc., but continues to develop its flagship aircrafts.