The military need to transport personnel and equipment all over the world. The quickest way to do that is by aircraft, which is why it has the Lockheed C-130 Hercules. This four-engine turboprop aircraft is designed just for landing on all types of surfaces and taking off from them, including the unprepared options. 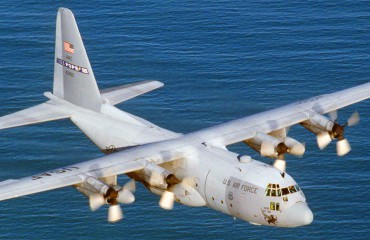 Designed and then built by Lockheed, originally. This Hercules aircraft is created for more than just transporting equipment and people. It’s used for search and rescue missions, aerial refueling, fire-fighting and even supports scientific research. More than 60 nations now use a variety of the Hercules planes, and there are more than 40 models available.

The History of the Lockheed C-130 Hercules

It’s worth getting a brief overview of the history of the Hercules to see just why it became so popular. During the 1950s, only the United States military was using the C-130. However, many others quickly followed after realizing the versatility and capabilities. The Candian and Australian militaries were among the first new militaries to adapt it, with the United Kingdom following closely behind.

Even the civilian aid operations decided to get in on the action. Many humanitarian aid charities and groups use this type of aircraft to get all their equipment, products and people to a location. The fact that it can land and take off on unprepared runways is a major benefit.

Of course, it is predominately for military use. The first recorded craft shot down was in 158 while the 7406th Support Squadron was performing reconnaissance over Armenia. This was during the Cold War, and was a major time for American reconnaissance operations. It was shortly after this that Australia decided to start using the C-130 Hercules crafts, and the Canadians followed two years later.

By 1963, the aircraft became the heaviest and largest aircrafts to be able to land on the aircraft carriers. It still holds this record, as designers focus on lighter, smaller and quicker planes for military operations. The development of the Hercules continued throughout the years, as designers looked for ways to add new controls, and new capabilities.

The aircraft was used during a number of different wars. When the Americans wanted intelligence from the Chinese in the 1960s, the Hercules was there to help. When the Falklands War kicked off, the Argentine Air Force user the C-130s for its dangerous night flights as a way to take control of the islands. During the Falklands War, one Hercules was lost. The British also used the planes during this period as a way to support all the logistical operations involved in getting down to the southern hemisphere islands.

Another record for the Hercules was gained in the 1990s. The AC-130 model of the craft holds the longest sustained flight record. Two gunship groups flew to South Korea’s Tawgu from Florida, which took 36 hours in total. Before this, the gunships had only flown 10 hours in one continuous go.

By 2001, almost every country in the International Security Assistance Force in Afghanistan had the C-130 Hercules. This included the Spanish, the French, the Italian and even the Danish militaries. It just goes to show how great the aircraft is. 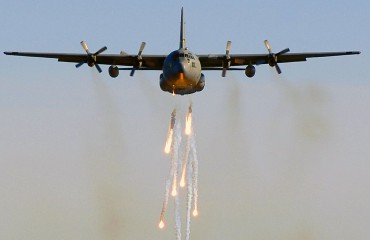 The C-130 Hercules was just the first design by Lockheed. It was designed for the needs at the time, but since then the military needs have advanced. More wars, more refueling options and heavier equipment have become necessities. It led to developments being needed as the militaries asked for more capabilities.

There are new versions for each individual need. At first, two prototypes were created and are known as the C-130A and C-130B. Up to 2009, 2,300 of these prototypes have been built, indicating just how great the designs were for all the different needs. There have been redesigns on these two prototypes. The three-propeller A model was redesigned into the C-130D, which added skis. During the Cold War, the need to land in cold areas and on water was a requirement. The skis were able to offer this. It would have made sense for the developers to think about this in the first place, but it also shows just how popular the Hercules crafts became. Meanwhile the B model remained relatively the same, until the J model was introduced.

The B model was an advancement of the A model. The military soon realized that it needed a plane that could go further and had other fueling options. The B model offered that. Further fueling options were needed and it led to the development of the K model. This had a stainless steel tank that could be removed. It allowed for easier refueling while in the air, and allowed the aircrafts to carry more.

Minor improvements were made along the way. Some of these were for a better flight quality, while others meant that the aircraft looked better. One of the changes was to the wing shapes. This allowed for less drag, and meant that the planes could fly faster and easier than ever before. The minor changes that came with the H model in the 1960s are still in use today. The designers finally got the wing design just right for the pilots to make the most of their trips.

Countries also started to make improvements for their own needs. The Royal Air Force adopted the Hercules and developments were made to turn it into the C1. This was a longer version that others before, and allowed for carrying more equipment and people. The Met Office even purchased one of the crafts to use for research due to the capabilities with the longer craft. 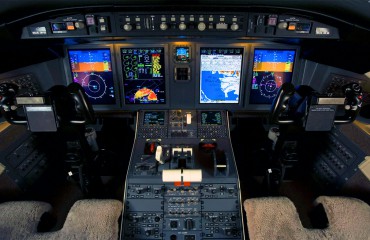 Like any piece of equipment and transport, the Hercules needed further upgrades. Instead of Lockheed, Boeing won the contract to create the C-130’s Avionics Modernization Kit. However, the company was hit with delays and problems right from the beginning. There was talk about dropping the modernization of the Hercules in favor of other planes that were needed. It seemed like the Hercules could suffer extinction as others became favorites for some militaries. However, the Department of Defense stood in and almost a year later the project was given the go-ahead again.

Some of the upgrades needed included better fuel economy. By the late 1990s and early 2000s, more was understood about the O-zone layer and how the gases from transportation was a cause of climate change around the world. Governments worldwide needed to do something about that, and it led to a look into fuel economy for all different forms of transports, and the removal for those no longer needed. The Hercules needed to stay, and so better fuel economy was a must. It was thought that the United States military would save $2 billion by making these upgrades and modifications.

More changes were needed when the governments wanted to get rid of a few different aircrafts. The C-130 needed to start carrying heavier vehicles and handle more duties. Wings were needed to be developed and a rotorcraft is one thing governments will be looked into. The plans are still ongoing, but are expected to be started on this year. However, it will take around 10 years for the full development. The new generation will be called C-X.

With Every Aircraft Comes Accidents 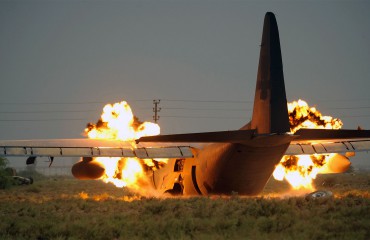 Unfortunately, the C-130 Hercules has not been left out when it comes to accidents. It is expected, especially in the earlier development process. However, the figures are good. Only two types of aircrafts have not had any flying losses: Lockheed TriStars and Vickers VC10s. The Lockheed C-130 Hercules is next on the list with one aircraft in 250,000 hours of flight during the last 40 years.

The Vietnam War is where many of the losses happened. This was to be expected considering the severity of the war, and the capabilities of the Vietnamese.

There are other certain areas that are more likely to see losses over others. Over the last 50 years, Asia and the Middle East are the places for most of the losses. This makes sense considering the majority of military operations over the last 20 years or so have been around these areas. There is also the fact that more countries are now using the aircrafts, so there are many more in the skies compared to the 1960s when the crafts were first developed.

The C-130 Hercules crafts have become one of the most popular military aircrafts around the world. And they are not just used for the military. Many humanitarian aid and civilian operations opt for the Hercules for the size, shape and capabilities. The aircrafts can handle heavier loads, and take hundreds of personnel at the same time. There is also the capability of flying for longer periods thanks to the refueling developments of the past.

Developments continue. It seems like the militaries do not want to get rid of this innovative and reliable aircraft. It makes sense. There is no point fixing something that is not broken. It works better to develop something that has proven to work just to make it slightly better, faster and easier to handle.