Concorde is now a retired jet, but still has a place in many hearts. The jets were retired from service on November 26, 2003, giving it 34 years since its first flight on March 2, 1969. Given the name supersonic transport (SST), it was one of two that made it into the commercial aerospace. The Tupolev Tu-144 is the only other one to take that spot.

Despite taking 34 years from first flight to retirement, it was only in the commercial service for 27 years. It took until 1976 for the commercial companies to finally get their hands on this prestigious jet. 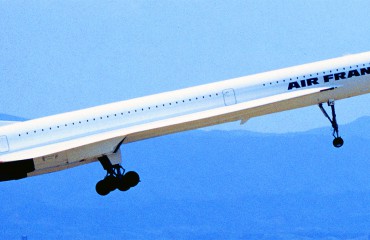 The Creation of the Concorde Jet

Concorde was developed by British Aircraft Corporations and Aerospatiale, under the Anglo-French treaty at the time. It is officially known as the Aerospatiale-BAC Concorde. The developments happened in both countries, with 20 being built in total. Out of those 20, six were for development and the creation of prototypes.

Overall, the creation was viewed as a marvel to engineers. The French-British alliance had created something that very few had managed to do in the past. The two countries even split the remaining 14 developed jets evenly between them, proving that an alliance was possible.

Initial Development Stages of the Concorde

Despite its first flight being the year man landed on the moon, the original development started in the 1950s. Royal Aircraft Establishment director Arnold Hall worked with Morien Morgan to create a committee that would study the idea of the SST. In February 1954, the committee met and a report was created shortly over a year later. 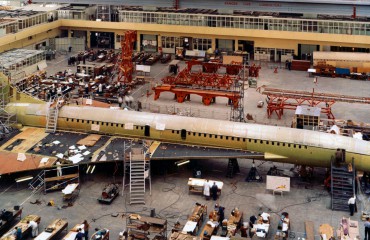 Morien Morgan was a well-established aeronautical engineer and is not often referred to as the Father of Concorde. He had already looked into the idea of a supersonic passenger airliner in 1948, so the idea of a STT was a high possibility for him. With the help of his Supersonic Transport Aircraft Committee, he created the initial designs for the Concord.

It was all originally a British plan. The committee would find someone to take on all the world, but all the aviation firms in the UK were forced to merge. It led to the transatlantic development, and the Bristol 223 became the basis for the design. According to Morgan, the design of the Bristol was perfect for a supersonic jet.

The team had to do a lot of research into drag and how that occurred. It was found that the wing span would affect the aircraft’s drag, which meant thin, short-spanned rectangular wings were a necessity. These wings were used on missiles at the time. The only aircrafts that had them were the Avro 730 and the Lockheed F-104 Starfighter.

There was a problem with the short wing span. The lift at a lower speed was little, so takeoffs needed to be run. It also meant that landing speeds would be high and dangerous. Something needed to be done to give the craft enough power to lift off from any of the existing runways that were not necessarily long enough. It led to the research into supersonic aerodynamics.

The Research from the STAC

As the STAC looked into SSTs further, there was a finding that the fuel-burning would be more than anything else while in cruise mode. However, they could fly more sorties within a set time frame, meaning that not so many aircrafts would be needed for one route. It helped to cut the number of Concordes needed when they were finally developed.

The only way the SSTs would be possible is if the need for fuel did not cost too much for operation. Unfortunately, the fuel was too much to start with, so new designs were needed. There were two to start with: the Mach 2 and the Mach 1.2. The former being the transatlantic option and the latter being the short-flight option.

Based on these developments, Morgan gave a date for the two versions. The Mach 1.2 would be ready by 1968 and would seat 100 people. The Mach 2 would take an extra two years and seat 150 people. However, that was only if the development started in 1960. The UK needed to act quickly against the Americans. The USA had already started development on something similar, and could lock the British out of the airline market completely when it came to the supersonic jets.

The British Aircraft Corporation was formed in 1960, and the talks began. Some of the biggest names in aircraft manufacturing were involved in these talking, including US-based Boeing. In the end, a partnership with the French was needed.

Partnering With the French 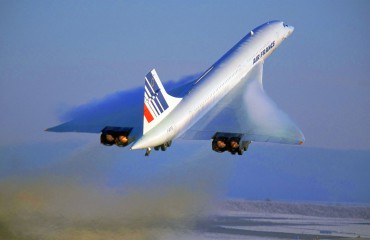 The French had already started working on its own SST, and surprised Britain with this news. However, both countries had found the same issues with the design and development. It was best if they worked together to find the solutions to the kinks in their problem. They had many of the same ideas, and same design frames. It helped that the French knew that buying a British jet to start the designs was a necessity. It made perfect sense for the two to join together.

The problem was the discussion over the size of the jet. The Brits wanted a transatlantic option, but this was something the French wanted to avoid. The good news is that the two continued to work together. The British took the designs from the shorter-range plane, and adapted them to create their transatlantic version. Instead of the four-engine design that the Mach 1.2 had, the Mach 2 gained two extra engines.

It was in 1961 that the two realised just how similar their designs were. They started working together again, with the only difference being the way fuel was loaded. The longer-range version could even drop its too extra engines after finding better powered engines at the time.

Around the same time, the US proved it was not interested in a venture into the SSTs, and opted out of a partnership. The UK decided that joining with the French officially was the best option, and it led to the Anglo-French treaty. The idea of an international treaty was more favourable over the idea of a commercial agreement. More penalties could be added, which the UK insisted on.

The History Behind the Name

With the idea that the French and British were joining together, a name was needed for the design. There were a few options but Concorde stuck out, and was viewed as Concord by the British. The word literally meant harmony or unity, which was a very poignant phrase considering the joining of the two countries through the international treaty. Harold McMillian opted for the British spelling for the name: Concord.

However, Tony Benn stated that the name would gain the “E” again. At first there was anger amongst the British people, but Benn turned it all around and made a point that the E was important for England. It stood for Excellence and Europe. The English people were now happy with the decision, but that was not the case for the Scottish people.

Benn had to find a way to turn it around for the Scottish people. It turned out that the French word for Scotland was Ecosse. The E stood for that. He also pointed out that it could stand for Extravagance and Escalation. The argument over the name ended.

The End of the Short-Range Flight 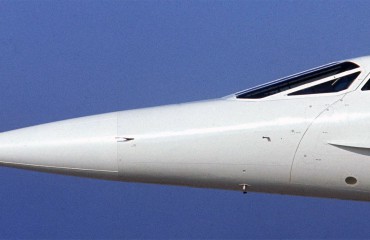 When the two prototypes were created, the team soon found that the short-range version was not as popular as many hoped. Companies wanted the long-range option. It made sense considering the fact that the longer-range option was able to seat more people. The Mach 1.2 was dropped, and all focus was on the Mach 2.

More than 100 non-binding, secured orders were placed with the major airlines at the time: Air France, Pan Am and BOAC. Eventually, other airlines saw the possibilities and started booking orders. However, over the years, a number of the orders were cancelled. Only Air France, BOAC, and Qantas refrained from orders being cancelled. Eventually Qantas pulled out too.

The issue came from the Tupolev Tu-44. The aircraft crashed during a show, and made a number of companies wary over the decision to have the supersonic speed jet. There were also concerns about the noise pollution due to the sonic boom. Air France and BOAC continued to support the aircraft, with BOAC becoming British Airways at a later date. It led to the two splitting up the manufactured designs in half, taking 14 each, and the French and British governments took a cut of all profits made.

The Decline of Concorde 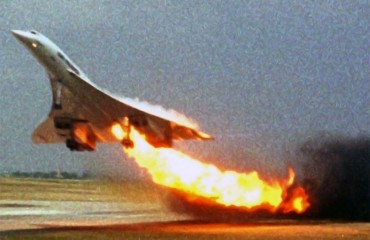 Unfortunately, Concorde eventually came to an end. Despite having the support from the French and British, there was a downturn in the industry after the first, and only, crash in 2000. It didn’t help that the next year saw the 9/11 attacks on the Twin Towers in New York. Airbus, which took over BAC and Aerospatiale decided that maintenance was no longer required, and the supersonic jet was taking out of the market. There were other issues to consider at the time, including heating and structural. It seemed like the best decision financially for Airbus.

It had a successful run from the time of its first commercial flight in 1972. From there, it flew to various destinations around the world, and proved that it was a success.