The US Navy has suspended the Northrop Grumman MQ-8B Fire Scout operations after two crashes with a week.

On 30 March 2012, a Fire Scout crashed off the coast of Africa after a surveillance mission. The aircraft failed to land on the US Navy Oliver Hazard Perry-class frigate USS Simpson (FFG-56), and crashed into the ocean. US Naval Air Systems Command (NAVAIR) said,

“After multiple approaches and exhaustive troubleshooting at established minimum fuel limits, the aircraft was positioned a safe distance from the ship and terminated flight”. He added, “Subsequently, USS Simpson performed a night time recovery of the aircraft which remained relatively intact.” 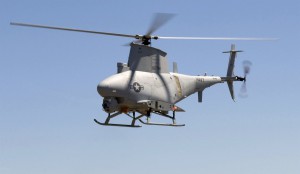 On 6 April 2012, another Fire Scout crashed in northern Afghanistan during an operational mission. The cause of the crash in not known, but initial reports suggests that it is unlikely the accident was due to enemy action.

The indefinite suspension order affects all the Fire Scout helicopters – two in Afghanistan, another one aboard the USS Simpson and several aboard the USS Klackring.

The Fire Scout has a long operational history: