There has been an increase in the study and exploration of Near-Earth asteroids (NEAs) in recent years. Scientific, astronomical and geochemical investigations have increased as initial evidence suggests that the NEAs are a potential source of valuable extraterrestrial materials.

Planetary Resources, Inc., a US-based firm, has announced that it will use unmanned robotic spacecraft to investigate and ultimately to mine near-Earth asteroids (NEAs) for valuable raw materials. 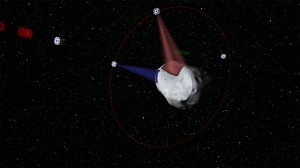 Planetary Resources Inc is led by Peter Diamandis, Chairman of the X-Prize foundation and Eric Anderson of Space Adventures Limited. Several distinguished investors finance the company, including Larry Page, Google’s CEO and Eric Schmidt, executive chairperson of Google Inc. James Cameroon, filmmaker and explorer, is an advisor to the organization.

The project has several challenges, mainly high costs associated with building and launching spacecraft. However, the possibilities of finding rare, high value raw materials make this project a worthwhile investment.

According to Planetary Resources Inc, about 1,500 of the 9,000 known NEAs are as accessible as the moon.

The project has some legal uncertainties – the Outer Space Treaty of 1967 prohibits the ownership of planetary bodies. However, this law applies to states, and Planetary Resources Inc, as a private company, may not be bound by this law.