Do you often wonder how you will fly into space for $250,000? Virgin has the dream of putting everyday men and women into space. It has been a dream for the last 10 years, and plenty of people have signed up for it. However, they never quite knew the type of craft they were going to fly in. 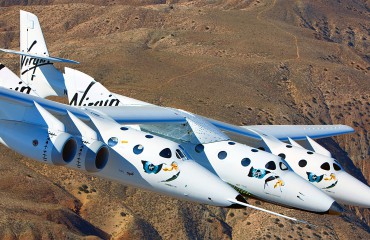 The SpaceshipTwo has finally been released. Well, a replica has finally been released, so people finally get the chance to see what their quarter of a million dollars is buying them. The Virgin Galactic Special Projects Vice President Will Polerantz had the chance to speak about the SpaceshipTwo and how it will feel to go to space within it. Despite other big names like Astronaut Mike Massimino and Bobak Ferdowsi, an engineer for NASA, being there, it was Polerantz who caught the attention of all at the Intrepid Air and Space Museum.

Inside the Space Craft

Unlike NASA’s space shuttles, the SpaceshipTwo will be relatively small. Well, small compared to them. When compared to most vehicles it will be large. There is room to fit two pilots and six passengers within each craft. With the room inside, there will be plenty of space to move around and enjoy the journey into the skies.

There will be plenty of windows, which means passengers really get to feel like they are in space. There is no need to worry about a view being blocked, as there are more windows than there are passengers on the flight.

The Process of Taking Off

Taking off is not going to be like anything you have seen on TV. It is time to forget about the launch pads, and the blasts into space. That may be disappointing for those who have always dreamed of being an astronaut, but it is going to be much more comfortable for everyone else.

The SpaceshipTwo will be attached to a plane’s belly. That will allow it to take off on a normal runway and then be released in the air. The spaceship will be released at around 50,000 feet, which is slightly higher than a normal aircraft flies at. This is required for the freefall that the plane needs to do before the rocket motor can be fired up, and the journey into the stars begins.

This could be a scary thought for some, but liberating for others. Consider it as a safer version of parachuting.

It only takes a minute of the engine burning before you will accelerate at the speed of sound. It is an experience nobody will have felt before. After that, you will reach a speed of three times the speed of sound, which is Mach 3.5 in space terms.

The Floating Around the Cabin 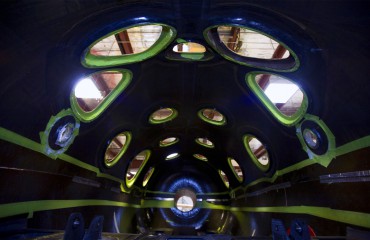 The cabin of Spaceshiptwo

It is clear that very little moving around can be done during the taking off. The main benefit of the extra space is once you get out of the Earth’s gravity. You will be able to unbuckle your seatbelt and feel just what it is like to move around without gravity pulling you down. Have fun twirling in the air, and swimming without the need for water. With only six of you in the main body, there is plenty of space to try everything you want.

You will get to experience life as an astronaut for about five minutes. However, you do get some specialist training. It’s time to find out how to manoeuvre around without hitting each other.

Once you’ve had your training, you’ll spend about 90 minutes in space, getting the chance to look around and feel what it is like to be an astronaut. The only thing you don’t get to do is go outside on a space walk!

Many people really believe that the price of going into space is worth it. In fact, 701 people believe that it is worth it. But it is certainly not something everyday people can do. The good news is the ticket prices will likely reduce over the next 10 years. Pomerantz wants to see the prices reduce “significantly” for everyone to get the chance. He would like to get it to the point where someone can go into space for the price of a new SUV.

The need is for the money to build the vehicles. One they are built, they will be cheap to fly considering an aircraft does the majority of the work. The initial investment into the designing and testing is the bit that needs paying back, and that means the current prices.

The first Virgin Galactic flight is just around the corner. The 701 passengers who have already bought their tickets finally get to know how they will fly into space and live their dream.