Space terrorism is a major concern to the United States, with more surveillance being done from satellites than ever before. The satellites are used to track criminals and terrorist activity, and pinpoint the exact areas of concern. However, so many other countries have realised this that they are developing their own space programs and products to counter the USA’s works. 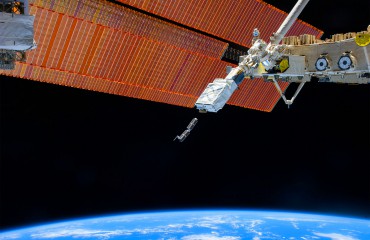 The Japanese Kibo robotic arm on the International Space Station deploys CubeSats during February 2014. The arm was holding a Small Satellite Orbital Deployer to send out the small satellites. Credit: NASA.

At the moment, the United States has most of the control of space access, and that is the way the government wants it to stay. It means that the country needs to do more to protect its satellites and installations outside the Earth’s pull, and there is more at stake if that does not happen. Not only do the satellites help prevent terrorist attacks, but they can also help find programs being set up for nuclear weapons and can stop activity through the non-cash economy.

So, who are the most likely to attack the United States in space? So far, the Iranians, Chinese and North Koreans have been identified as the main threats. While they do not have the capabilities yet, there is the worry that they will develop something in the future. The governments from these three countries want to cut down the amount of power that the West has, particularly the United States.

Of course, this is just a suspicion at the moment. The three countries have not exactly spoken out about the space terrorism. But based on land-based decisions there is the understandable suspicion that they would all take it further if they could. They already act in hostile ways, and find the use of the satellites invasive.

All this has been concluded in a Council of Foreign Relations report. However, the same report also acknowledges that space terrorism may not be that much of an issue, especially as of yet. There is plenty of space debris out there that has been scattered by many other countries. Terrorist acts are not just something to consider, but accidental knocks and damages. So much debris floats in the low Earth orbit that collisions are expected. These collisions lead to more debris and make many parts of the space impossible to navigate around.

This statement makes the suggestion that specific space terrorist attacks would be extremely difficult to work on. The terrorists would need to work their way around the current debris, and would make matters worse for their own missions by colliding with the American satellites. 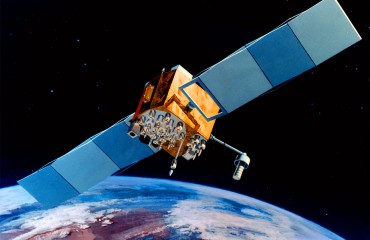 Is there anything that can be done about the “space junk?” It doesn’t seem so at the moment. Right now there are no international accepted methods to remove all the debris floating out there. There are no legal methods either. One country cannot take full control, and it is up to the individual countries to remove their own debris. That is not likely to happen when some countries do not even seem that bothered by the junk being there. China is one of those countries that has been dismissive about the debris.

There needs to be something done about the amount of debris in Earth’s orbit. Not only can it cause a security problem, but it can also prevent scientific exploration and cause issues for advancements. But who is responsible for all this?

Arguably, since America is the most advanced when it comes to space technology and has the most to lose, it makes sense that the US government should be responsible for at least starting an international campaign to clean up the debris. Of course, that leads to further problems as those countries suspected of future space terrorism can do everything possible to prevent the advancements of the clean-up job.

How could America possibly get around these issues?

The report does go into the possibilities to put in place. The main option is not to clear the debris but to limit the damage, and involves moving the satellites. The suggestion is that the satellites should be moved to areas where there is less debris. When that area becomes problematic then the satellites will need to be moved again. However, this only has limited effect. There could become a point where the debris is too much to move away from.

Cooperation is the necessary step, and America needs to work with the Chinese, Iranian and North Korean governments. While that will be difficult, it is possible. There are things for the other governments to lose, along with the rest of the world, so it works in their best interests to work with the Americans too.

At the moment there is no definitely solution. However, America should be on the lookout for space terrorists. Many countries are developing their own space programs, and it will be a matter of time before the US satellites are damaged from other countries’ debris.