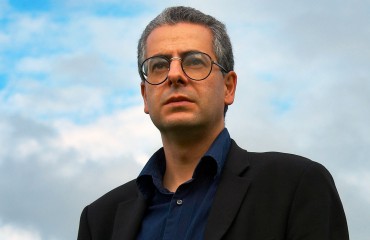 In 1980, a major unexplained phenomenon happened, and it is still talked about today. UFO fantasists all over the world believed that aliens landed, but the government continued to share details that stated otherwise. However, Nick Pope believes differently, and all based on evidence that he found at the scene.

It was Boxing Day, 1980. It seemed like a normal day until bright, red, yellow, blue and white lights started flashing in the Suffolk forest. Airman John Burroughs was on duty that night, and had to investigate the strange goings on, and what he saw was more than he ever imagined. However, the situation was covered up, and the logs he wrote, along with another witness, disappeared.

While investigating, Burroughs’ radio started malfunctioning. He couldn’t call for backup as he saw a metal craft travel away at what he calls an “impossible speed.” But the ramblings of a lone witness were never going to be believed.

It took three years for the News of the World to provide “evidence” that aliens were among us. The publication shared leaked documents allegedly from the military and government. The Ministry of Defence denied everything, of course. And then the counter arguments started, which other newspapers jumped onto.

One local suggested a lighthouse theory. It was highly possible that the atmosphere from an East Coast lighthouse beam was causing a trick with the lights. It seems plausible, especially considering the nearest lighthouse was just a few miles away from the site of the UFO. That wasn’t enough for some people though, and a Cold War super-weapon soon became the reason. It was an American accident, and it was highly known that the Americans used the area for practises and exercises. Of course the MoD and American military would want to cover something like that up.

But what about the possibility of a hoax? Burroughs was an American. He was thousands of miles from home and on duty that night alone. He was bored and wanted something to do. What better way than create this elaborate story? It certainly seemed probable, and there was nobody else who had seen anything that he claimed.

The hoax didn’t quite work when Burroughs’ immediate boss, Staff Sergeant Jim Penniston claimed that he also saw the craft and even touched it. When he did that, he “downloaded” binary code with a message from the future. Part of this statement took the theory away from aliens and towards time travellers, but that story didn’t stick around for long. UFO fantasists claimed that it had to be aliens. There were two witnesses now, and no other explanation.

It was up to the investigative unit for the MoD to decide. They would look into UFOs, known as Unidentified Aerial Phenomena to them, and determine if there was any possibility that it was life from another planet. Nick Pope was in charge for three years during the 1990s, and had the chance to look into the details. During his three year stint, he learned that the unexplained was not there to be dismissed or disrespected. It was there to make people question their beliefs and find reasons. 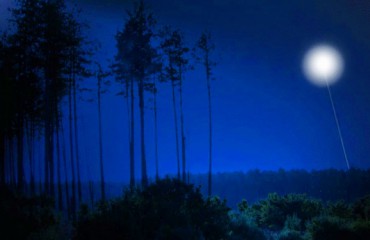 The problem is that the witnesses’ accounts differ. Burroughs mentioned a beam that engulfed him, and he lost his memories after that. Penniston, on the other hand, remembers the triangular-shaped craft that hovered around 10 feet off the ground. It then released its legs and it looked strangely like a tripod.

Penniston even took photos to show others. Unfortunately, they came out fogged so it was still impossible to tell just what he had seen. He did make a sketch though, and then told the story of the strange “bubble field” that he seemed to step into. There was silence and a sense of stillness around him. He was scared, but he needed to know what was going on. There was writing on the craft that looks like hieroglyphics, but it was nothing he could identify. The writing was never copied, so nobody has any idea just what it supposedly said.

Burroughs does remember one thing from the night, though: The indentations that were left from the craft. He also mentioned the tree branches that had been snapped in the forest from where the craft has passed through.

While looking at the symbols on the metal, the staff sergeant reached out and touched them. He never expected to receive a telepathic download, a message from the other beings. The problem is it was all in a code he never knew. It was a series of 0s and 1s, that is known as binary code. The numbers would constantly go around in his head, until he finally wrote them down. After he did that, the memories disappeared and he could go back to living a normal life. He never did mention any of this part when he was being debriefed after the encounter. It could have ruined his military career.

But why could Pope possibly believe these two men? What evidence is there to suggest that this could possibly be an alien landing?

Pope focused on a few pieces of evidence that still survive today. One of those was the radioactive readings that were well above normal. These readings were only in the area that the two witnesses spotted the craft.

There was also the code that Penniston “downloaded.” 14 years after the incident when he retired, he had trouble sleeping and decided to seek help from a hypnotherapist. It was then that the memories and code came flooding back. After a while, he realised that he could not sit on the information any longer. He needed to get it out there and find someone who could translate it. Experts and code-breakers suggested that the message was talk of continuous advances for the planet, and exploring humanity.

It was only then that Penniston believed that it was not aliens, after all. It was time travellers. The problem for Pope is the credibility. This could be something imagined, but there could also be a deeper message in the code. Nobody has yet to decode it all and properly. It could have been a message from another world. 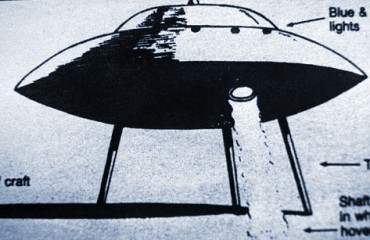 Pope continues to believe that it was a UFO, and he is not a fantasist. He simply looks at the evidence of that same ship being seen over the next three nights. Multiple military personnel saw it, and none had any history of chasing the supernatural or the out-of-this-world stories. Even the second-in-command of the base, Lt. Col. Charles Halt believed he saw the UFO, and wrote a report about it; the same report that was “leaked” to the News of the World.

Halt was so certain that he signed an affidavit that suggested the UK and USA governments were hiding something—or they wanted to hide something that they didn’t understand. For a Lt. Col. to put so much on the line, it shows that there was something there. There is no chance someone of that standing would risk so much. Just one word to say that he was just protecting the integrity of his men and the whole thing would have likely blown over. It was his strong stance for the matter that Pope started to believe that there was something there.

Pope is certain that the UK and USA governments are hiding something. Too much has mysteriously gone missing or been destroyed for there not to be something. Too much evidence that could help many people figure out the reality isn’t there anymore. He has even suggested that the governments know something more than they are letting on. That could be the only reason situations like the two former servicemen not being able to get hold of their own medical records are arising.

The former MoD investigative chief has written a book detailing all of his findings and beliefs, and it is available now. The Encounter In Rendlesham Forest goes though the terrifying or awe-inspiring event that Burroughs and Penniston went through, along with the evidence Pope has uncovered in his search for the truth.

Unfortunately, the book is raising more questions than answers. The question of time travellers rather than aliens is always there, especially after Penniston’s believe that the message he downloaded was from the future. There are also many questions surrounding the governments and just why all that evidence has gone missing. 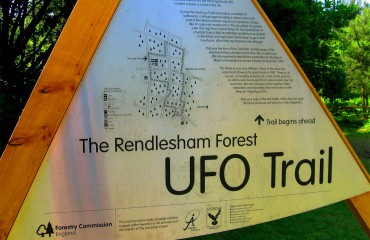 There are a few reasons to make evidence mysteriously disappear. Aliens are one of them, since the governments like to downplay this idea, but that is not the only one. There is the chance that there was a military mission gone wrong, and the two servicemen saw something they shouldn’t have on that fateful night. But why would the governments not just own up to that, instead of ruining the lives of these two men?

The lighthouse theory is certainly plausible, and preferred by the non-believers out there. However, if that was really the case, surely it could have been recreated by now? It would also not explain the increase in radiation on the ground, or why that radiation hasn’t seemed to have affected the two servicemen in anyway.

It is a mystery that will likely never be solved. Hundreds of people now flock to the Suffolk forest to see the UFO trail, searching for answers to the question: was it a case of an alien encounter?