During the past several months, several airlines including Singapore Airlines, Emirates and Qantas found cracks on the wing ribs of their Airbus A380 super-jumbos, causing grounding of dozens of the affected aircraft. The airlines affected by the A380s cracks have also indicated that they will seek compensation for lost revenue from EADS following the grounding of the aircraft. 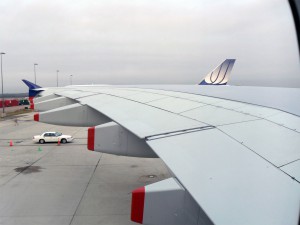 Airbus has announced that it expects a one-off cost to implement a retrofit solution to the A380 wing-rib cracking problem to reach US$330 million in 2012. Airbus also announced that the first A380s with line-fit wing-fix will be delivered in 2014.

EADS, Airbus’ parent company, said it will liaise with certification authorities about the wing-fix solution for the A380s. After the European Aviation Safety Agency has approved the suggested solution and change, the company will start to implement the retrofit towards the end of 2012.

The company also said the fix is more complex that initially anticipated when the problem surfaced at the beginning of the year. EADS spokesperson said, “This charge is now treated as a one-off since the anticipated retrofit costs go beyond the recurring warranty levels.”

EADS has indicated that it has already allocated US$202 million for fixing 71 A380s that are currently in service.

Implementation in production of the final fix will temporarily generate headwind on the year-on-year A380 [earnings] improvement in 2012 and 2013 to account for non-recurring costs and delivery adjustments.” The company added, “General discussions are on-going with customers. However, this should not jeopardise the reaching of [A380] break-even by the beginning of 2015.

The Airbus A380 – a double-deck, wide-body, four-engine jet airliner – is the world’s largest passenger airliner. Because of its size, many airports have had to expand their facilities to accommodate it.