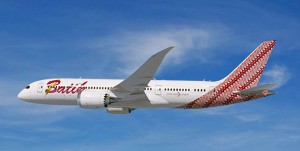 Lion Air is Indonesia’s largest privately run airline and it controls the largest share of the domestic market.

In recent years, the short-haul, low cost segment of the Indonesia’s air industry has experienced significant growth and increase in competition. Lion Air’s plans to acquire wide-bodies will make Indonesia’s airline domestic market much more competitive. Batik Air will also increase competition in the long-haul segment within the Southeast Asia region, putting more pressure on existing airlines in the region.

Air Batik will have its hub in the city of Manado, which is located in the northern region of the Indonesian island of Sulawesi. This will enable the airline to provide faster and easier connections to Northeast Asia and the Asia-Pacific.

Entry by new airlines will increase competition and put pressure on existing airlines in the region such as Garuda Indonesia, Thai Airways, Malaysia Airlines and Philippine Airlines to renew their fleet and improve their services.

Airbus Retrofit Wing-Fix Solution to the A380 Expected in 2014