The Boeing 737 has reached the 8,000 mark. That is 8,000 of this model have been sold around the world, and the sales show no sign of slowing down. It is the most popular option for airlines globally, and is a favorite for many passengers who choose to fly everywhere in the world.

This is a major milestone for any aircraft. It’s the first time any model of any plane has created so many. To make it even more memorable the first ever buyer of the modified Boeing 737 (the 737-200) has bought the newest model: United Airlines.

Competition for the Milestone

The milestone may not seem so important considering Airbus reached its 8,000th plane in August. However, it is worth pointing out that that is Airbus’ 8,000th plane overall. That is not the 8,000th of one particular model, which is the case for Boeing. The 737 creators have many other models that are also selling extremely well. However, the 737 is the favorite, and that’s clear considering so many other aircraft companies have designed their planes around the 737 makeup. Just look at most of Airbus’ planes and you will see the resemblance.

Of course, Airbus is not that far behind, especially considering the delay in the first Airbus model being created. The Boeing 737 was created in 1967. Airbus’ A320 came around in 1988, and since then 6,000 deliveries have been made for that one particular model. The need for more airplanes is growing considerably since the start of Boeing’s career, and it certainly does not seem that long before its rivals catch up with it.

It’s worth looking into the number of planes being created each month to determine whether Airbus will ever actually catch up though. At the moment, both companies build 42 of their respective models on a monthly basis. However, as the demand for the models increases, that output will raise to 46 for Airbus in 2016 and 47 for Boeing in 2017. While that gives Airbus an extra year, at just 12 extra in that year the company is not going to quite catch up.

So, what has made the Boeing 737 so popular since its first creation? There were other models around before this, like the 727, but it has been this one that has taken flight.

Initially, the plane was there to complement the Boeing 727. Airlines needed another plane that would fly 1,000 miles or more. Lufthansa decided to take on the 93 feet long and wide plane, but United Airlines wanted something longer. They wanted a 99 feet version, and that led to the development of the 737-200. That became the popular option, since very few wanted a square plane—looking back now, it does seem a little strange—and that model was used to develop the 737-900ER that is available today. Each variation got a little longer and wider, and the 737-900ER is the largest one now available.

It makes sense to create larger planes. There are now over seven billion people in the world, and so many people now want to fly everywhere possible. To keep up with the demand, either more or longer planes are needed. It is cheaper and more environmentally friendly to have a bigger flight than adding more flights during the day.

Further Developments on the Way

Boeing is certainly not stopping with developments and new creations. While the 737 will be the basis of the design, there are new developments in mind. Now, the 737 MAX is in the works, which will come in three different sizes to suit different needs. This variation is expected by 2017, which will tie in well with the increased level of production on a monthly basis. 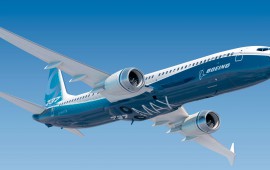 Three current series of planes are going to be replaced by the 737 MAX: the 700, 800 and the most recent 900ER. This decision has led to 200 orders already firmly in place by Southwest Airlines—which only uses this Boeing model—and there is a non-committed order of 191 in place. That will likely depend on the creation and development process.

There is certainly much more to come from Boeing, and it constantly works to better its competition. It goes to show when a number of plane developers have model their own designs on the popular 737 design. There is still time for another model to be created that outshines the 737, but that seems less likely as Boeing continues to develop its flagship aircraft. It is a wonderful milestone to make, but this is not the last time Boeing will make this type of headline.